Geoethics, an Antidote in a 'wicked' Human Niche? 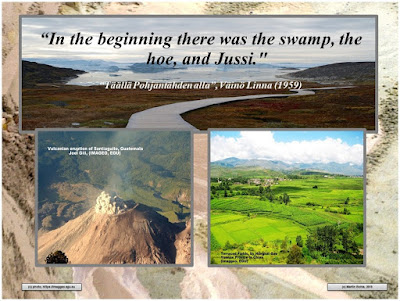 It sounds like a buzzword, ‘wicked’. Nevertheless, it describes how human agents may perceive the dynamics of complex-adaptive social-ecological systems that make-up the ‘human niche’. People are an intrinsic part of social-ecological systems. Examples of ‘wicked’ system behaviour are emergent properties, that is, outcomes of complex-adaptive systems that are more than the sum of their parts.

In times of anthropogenic global change, the Earth system emerges as a planetary network of social-ecological systems. Global supply-chains and hegemonic systems of cultural values interconnect them, and, subsequently, the geosphere, biosphere and technosphere amalgamate into the planetary ‘human niche’, blending into the Earth system dynamics also individual and collective human behaviour. 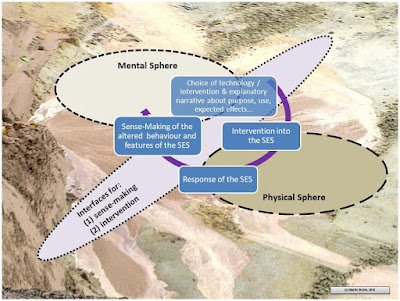 The kind of a given feedback loop, either negative (that is, damping) or positive (that is, enforcing) as well as its relative strength determines how it may shape system dynamics. The feedback loops that humans exercise in Earth systems through the design of the technosphere is a noticeable key-feature of the human niche in times of anthropogenic global change. Shaping these feedback loops is a governance / cultural task that is exercised, for example, through specifying the design features of the technology, how to deploy and use it, or what are values and world-views that guide the design and use.

Complex-adaptive systems challenge the capability of human agents to make sense of system behaviour and to act appropriately. The challenge arises, for example, because complex adaptive systems may change simultaneously at various scales, coupled with cascading cause-effects relations and constraining path-dependencies. Therefore, complex-adaptive system dynamics dwarf blue-print-like problem handling. A blue-print-like problem handling is adapted to the so-called ‘tame’ systems (opposed to what is called ‘wicked’ systems). Problem handling of ‘wickedness’ must be adaptive, participative and explorative, as experience shows. Subsequently, the issue arises how to empower human agents to act, in the absence of ‘blueprints’, in an appropriate manner across the system and in a reasonably coordinated manner. 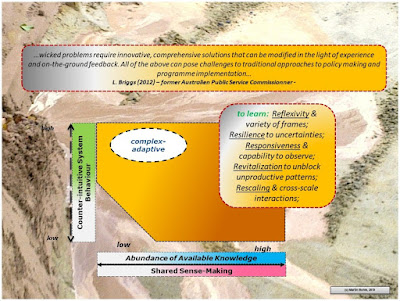 Complex-adaptive systems bind human agents in a struggle for control, for mastering circumstances, or for reacting appropriately. Often different agents are not aware of each other, act non-coordinated, or react to effects of other-agents’ actions. Under such circumstance, the notion ‘wickedness’ may reflect appropriately their perceptions of their operation within complex-adaptive system, for example, when facing issues like anthropogenic pressure, environmental and technological risks or multi-level governance. This generic circumstance calls for enforcing capability that enables human agents to face ‘wickedness’ (of geo-systems). To that end, effective capability building must focus on ‘human sense-making and acting’, what, in turn, brings geoethics into the play. 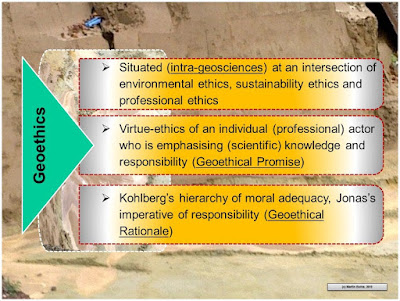 [*]
Peppoloni, S. (2018). Spreading geoethics through the languages of the world. Translations of the Cape Town Statement on Geoethics. International Association for Promoting Geoethics. Retrieved from http://hdl.handle.net/2122/11907

p.s. This essay is a stump for a scientific article that is in the making. It draws on various talks given during the last year. The test is published to invite comments.