Geoethics & Some Fish in the Human Niche

This text abridges1 and sharpens a more comprehensive essay2. Purpose is to contextualise the FAO "Voluntary Guidelines for Securing Sustainable Small-Scale Fisheries in the Context of Food Security and Poverty Eradication" (FAO SSF Guidelines3) with reflections on 'Geoethics'4". 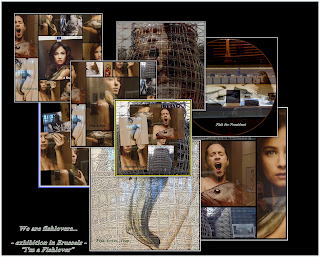 The first context, "Global change and the future ocean: a grand challenge for marine sciences" [Duarte 2014] describes the state of the global ocean and coastal seas under the impact of anthropogenic global change, that is, within the 'Anthropocene'. Duarte also offers a definition of 'anthropogenic global change' [p.1], namely "the global-scale changes resulting from the impact of human activity on the major processes that regulate the functioning of the [Geo-]Biosphere". The second context, "Global Ocean Governance: New and Emerging Issues" [Campbell et al. 2016] brings into focus marine issue such as 'small-scale fisheries', 'ocean acidification' and 'blue carbon' as pressing governance concerns, which need to be addressed at regional and global scales, and for which the FAO-SSF Guidelines provide an advanced application case. The third context, "Walking the talk: implementing the international guidelines for securing sustainable small-scale fisheries" [Jentoft 2014] emphasise that governance is the key challenge to implementing the FAO-SSF Guidelines. Jentoft explains its wicked nature, which therefore requires more than a managerial approach to address it. The fourth context, "Earth System Governance – world politics in the Anthropocene" [Biermann 2014] shows that the particular implementation challenge of the FAO-SSF Guidelines is a realisation of a general governance challenge. He explains that the sustainable governance of the 'wicked' global commons requires a normative approach.

Niche-building is an anthropocentric and historical process [Bonneuil and Fressoz 2013, Ellis 2015, Latour 2015, Hamilton et al 2015, Bohle 2016, Fuentes 2016, Hamilton 2017]. Since prehistoric times people purposefully alter their environments, at local, regional or continental scale; including the coastal zone [Mee 2012]. What changed during the last century is the scale of human niche-building. It got amplified much by the number of people and the ample use of natural resources. 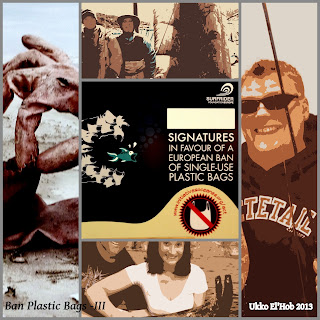 The current shift of the dynamics of the Earth systems, the anthropogenic global change5 that we witness, happens mainly because of the impact of the industrial global supply chains. Cumulated local artisanal activities have their impact too. This impact gets accentuated in environmental systems, which are already strained by industrial exploitation. Small-scale fishery may serve as an example for this: Small-scale fishery operates within the industrialised use of the coastal zone (Newton et al. 2012), contributes to about half of the global fish catch, employs about 90% of the workforce6 working the fisheries sector and provides for an example of a 'cascading ecological crisis'. A 'cascading ecological crisis' is the failure of a local socio-ecological system (example: decreasing fish stocks in Central West Africa because of industrial over fishing) that drives a cascade of crisis (example: Ebola haemorrhagic fever outbreak):

'Fish stocks have declined along the Central West African coast due to a large extent to rapid exploitation by high-tech international fishing fleet and due to the degradation of mangrove forests, sea grass beds and coral communities as a result of, for example, climate change and pollution. Consequently, diets and trading activities shift to so-called ‘bushmeat’ such as chimpanzees and flying foxes. These are well-known sources of zoonotic diseases such as Ebola, Marburg viruses and human monkeypox – all with the suspected ability to rapidly spread and cascade across scales through travel and trade. Moreover, increased bushmeat hunting has reportedly contributed to the loss of species that promote important functions in ecosystems, such as pollinators for food production. Loss of such organisms often undermine the resilience of food producing landscapes and forest ecosystems rendering them increasingly vulnerable to droughts and forest fires. The combined impacts of fish stock decline, epidemic outbreaks, additional losses in ecosystem services, water stress, and poverty put already fragile states such as Congo and Cameroon under severe pressure [Galaz et al. 2010, p. 7-8, edited] '

In the contemporary world, the change processes of the geo-biosphere are happening simultaneously at a local, regional and planetary scale, and they are composite of natural and social processes [Hulme 2011, Tickell 2011, Monastersky 2015, Seitzinger et al. 2015, Schimel et al. 2015]. Addressing change simultaneously at these different scales and across various processes requires a common normative framework. Geoethical thinking can provide such a framework.

In a first context, geoethical thinking is perceived as a tool for the individual professional:
To that end, Geoethics7 includes various ethical dimensions such as of individual behaviour, social responsibility, and viewing Earth from different angles as a home for many. Geoethical thinking searches different equilibria for a society-earth-centric view because different equilibria within a wider, universal framework are needed in a diverse world: i) to reflect upon individual professional behaviour in different societal settings, as well as ii) to dwell on shared professional responsibility, integrity, know-how, mutual understanding of diversity, and intellectual honesty. 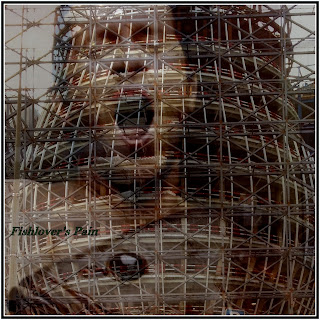 In a second context, geoethical thinking is about professional ethics:
Addressing anthropogenic global change gets addressed is a governance challenge. Therefore firm professional ethics will be needed in a context of applied geosciences; for example for matters such as risk taking, managing uncertainties, or revising options. Regarding the underpinning scientific, technical and socio-economic matters, each of these includes a range of standard ethical issues, such as whether the particular scientific and governance choice is professional ‘sound'.

In a third context, geoethical thinking is about the ethics of expert advice and (shared) common sense:
Today, many people ignore the processes that shape the intersections of people's activities and the geo-biosphere. So far anthropogenic global change was unintended. How insights about anthropogenic global change take shape, including denial of global change, is subject to dynamic social and political processes. They include, for example, debates about lifestyles, preferences, values, and worldviews. To that end, the practitioners, professionals, and researchers who understand these processes and related phenomena should share their professional insights with decision makers and lay person and debate publically value statements, worldviews, and preferences. 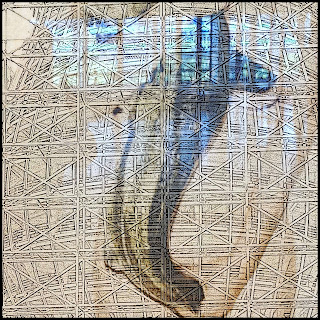 In a fifth context, geoethical thinking means to extend the range of applied ethics to new topics:
The overarching societal matters that relate to anthropocentric global change are value-driven, e.g. how to appropriate and distribute natural resources by whom and for what cost, whether to accepted side-effects and risk of collateral damages. These matters are known ethical issues. However, their complexity in the context of anthropocentric global change has no precedent, because of the number of people with different needs, diverse world-views and various preferences.

In a sixth context, geoethical thinking is about how to take responsibility for Earth system dynamics, in anyone's daily dealings:
So far people did not intend to modify planet Earth, although many were aware of the effects on the biosphere of people's cumulative activities. Still, rather recently most people had no insights into the intersection of human economic activity with the geo-biosphere. Nowadays, having lost innocence, anthropocentric global change is an intentional act, and its denial a liability.

The phase of human history has ended during which anthropogenic global change has happened unnoticed [Zalasiewicz 2015, Waters et al. 2016]. That insight also applies the coastal ocean and the open sea [Durate 2014]. As an illustration, the small-scale fishery is one of many drivers of change. In this case, the drive is through cumulated actions of many actors across several social-economic and natural environments, which happens within an external frame of a dominating industrialised fishery and exploitation of the coastal zone by a multitude of other actors. The resulting compound 'system-to-be-governed' presents a set of wicked problems [Jentoft and Chuenpagdee 2009], which in turn engulf wicked 'governing-systems' too [Chuenpadgee and Jentoft 2013]. 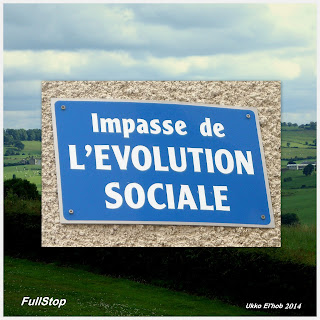 The insight gained from small-scale fisheries within an industrialised exploitation of the coastal zone, thus from one particular global change process, provides a metric for the complexity of anthropogenic global change in general. It also emphasises the key-understanding that sustainable governance of peoples' activities at planetary scales is a wicked problem, be it for small-scale fisheries [Jentoft 2014] or mitigation of climate change [Pollitt 2016]. Hence [Chuenpadgee and Jentoft 2013, p. 344], 'overall values, norms and principles that guide institutions and actions' set an essential meta-order to iterate the way forward. Geoethical thinking is a contribution to develop such a meta-order for appropriate behaviours and practices, wherever human activities interact with the Earth system.

Summarising, once having lost innocence and such the citizen recognise anthropogenic global change as its anthropocentric intentional act then ethical scrutiny of actions is required. Under these circumstances, namely the perspective of an anthropocentric Holocene or the Anthropocene, geoethical thinking is a shared resource that offers a common framework for the mutually respectful governance [Biermann 2014] of a sustainable planetary human niche for a global population of billions of citizens.