How long is 4.7 billion years?
Is there any chance for us to feel that elapse of time?
None whatsoever!

Nevertheless, I would like to take the challenge. I fold that very long line of millions, billions of years into something that could mimic the human time-line. 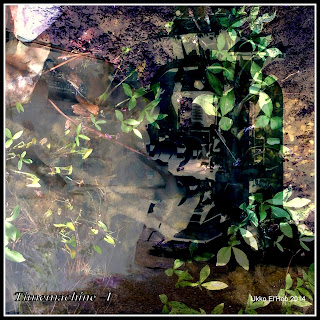 How? I will count years of Earth's history as seconds of human life. Thus, each year of Earth, or the time needed that Earth circles once the Sun, I will count as one Earth-second. This different manner of counting shall put in perspective both the passing of time that we, humans, feel and the passing of time that describes the development of a planet.

Now you:
How does the difference between the two feel?

A year counts for many seconds, namely thirty-one-million-five-hundred-thirty-six-thousand; what sounds like a lot, indeed. That thirty-one-million… number does not feel like anything, although a year feels specific and a second feels specific, too. So, try hard to feel a second, or a year. Feeling the difference between both elapses of time should give you quite a particular sensation. That sensation is the thirty-one-million… something by which I like to fold the Earth’s timeline onto a human timeline.

It would go back to the 16th century B.C., when the Babylonian people kept astronomical records of the motion of planet Venus. Half an hour earlier, counted in Earth-seconds, the Egyptians would have built the big Pyramids of Giza.

A day of Earth's life would go back to times when our human species had evolved in Africa, just more or less ready to conquer the globe and to replace other hominid species.

And a year of Earth's life would go back before modern fauna evolved, before continents had drifted to their present positions, before rapidly cooling Antarctica had become more isolated, and before the Antarctic Circumpolar Current had started flowing. Within a year of Earth's time-line several biological, climatic and geological changes of the Earth system occur. Just like a year in human life may be marked by substantial change.

Earth has an age of 65 million times the span of a human life. This is an enormous number. However, counting Earth-years the count is only hundred-forty-nine. Happily, when counting a year as a second of Earth's life, then Earth’s history folds on a timespan that can be captured by human perception.

The span of a human lifetime would be equivalent to 60 to 90 Earth-seconds. When counting the 4.7 billion years of Earth's existence, i.e. 4,700,000,000 Earth-seconds, then, the result adds up to hundred-forty-nine Earth-years or one and a half Earth-century. That kind of elapse of time our perception can capture.

It means thinking back to times when your great-grandparents were young. We know them from pictures that were made when they were old. 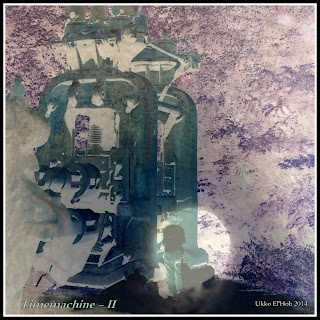 Thus, when counting years as Earth-seconds, the time line of Earth's history is folded in such a manner, that Earth's history becomes imaginable for a human mind. It simply means mapping Earth's history on the combined lifespan of our great-grandparents, grandparents, parents, us and our children. Thus, four or five generations are needed to illustrate the painstakingly long period of time that has passed since Earth was formed out of stellar dust, since the very first forms of life have emerged, since more complex organisms have formed and, finally, since human beings have conquered the globe.

Fold one: how long is a billion or two?

Our planet, Earth evolves since about 4.7 billion years, since it had formed as ball melting old stellar dust and ice into something new. Ticking years as Earth-seconds Earth started to form nearly 150 Earth-years ago.

A billion Earth-seconds counts for little less than 32 Earth-years.

Thus, ticking years as Earth-seconds, Earth emerged from stellar dust as great-grandparents were born. During their childhood, Earth grew. More and more interstellar dust and ice aggregated by gravitation. Messengers from those very early times are iron-nickel meteorites that hit the Earth still today. When great-grandparents were youngsters, the surface layer of the Earth cooled so much that rocks formed. First heavy basalts emerged that got recycled and, then, lighter granites and gneiss consolidated that float on the basalts.

Some of the oldest rocks, Acasta Gneiss (4.3 billion years) can be found in the Canadian Northwest Territories. Since the time of their formation, the chemical evolution of Earth was been spinning-up; different kinds of minerals and rocks have formed.

Just about when great-grandparents were grown ups and grandparents were toddlers, a billion years of chemical evolution had led to quite advanced living cells (cyanobacteria). They were releasing oxygen into the world and evolution of Earth was made to spin faster. New kinds of minerals appeared and never seen before rocks could form. Living slim started to cover the rocky shores of the ocean. Since that time, stromatolites (3) have been on Earth.

Once a sufficient amount of oxygen had been produced and released into the atmosphere, iron got oxidised and large iron ore deposits formed on Earth. Grandparents were already old when the oxygen concentration in the atmosphere was approaching levels that we know today, and the deep ocean got oxidised.

Thus, it took the life span of two generations - about half the history of the Earth or more than 2 billion years – to evolve from molten stellar dust to a planet with reddish land, blue oceans and slimy live along the shore.

Fold two: how long are some millions?

Modern terrestrial animals, mammals as we know them, exist since about 50 million years. The geological epoch when they emerged (Eocene) started after 99% of Earth’s history had passed already. It started warm, and wide oceans created a moist global environment. Apart from the driest deserts, forests were spreading from pole to pole. These forests would look reasonably familiar to our eyes. Dinosaurs had started off, lasted for more than 180 million years and had disappeared well before. Trilobites in the sea had started off half a billion years ago, lasted for 300 million years and disappeared before the Dinosaurs.

Thus, ticking years as Earth-seconds and thinking in generations, the Eocene is part of my very recent past; me being now 32 years old. Dinosaurs I saw a few Earth-years ago, as well as Trilobites when I was an adolescent. Grandparents, as they were young, have seen first stromatolites and other microbiological mats along the shore line of the sea. Forefathers mostly knew rocks only, and witnessed bio-molecules emerging from more simple chemistry, but my parents, me and my children saw and see life conquering Earth.

Fold three: how long is a million or two? 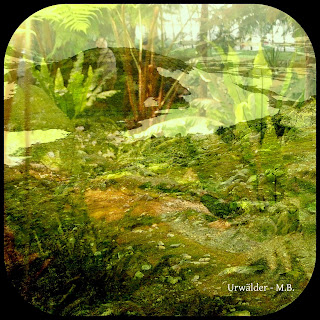 Thus, folding time scales and counting years as Earth-seconds, human beings emerged on Earth a little earlier this month, agriculture started just three hours ago, steam engine’s puffing was heard three minutes ago, and the first atom bomb blow up a minute ago.

So, when counted in Earth-seconds, our human history is a story of a few minutes or hours. Counting Earth-seconds, living plants and animals populate the planet since some years, at best since two decades; first they lived in the sea and much later they lived on land as well. Using the same folded time scale, the beginning of microbiological life on our planet dates back hundred to hundred-twenty years from today or up to four billion Earth-seconds ago. That is a century of Earth-years before more developed forms of life could emerge on planet Earth.

Thus indeed, evolution took its time and seized its chances. We are witnessing the very recent bursts of life. However, the endless aeons of ancestor's times stay hidden. It took an enormous elapse of time for simple forms of life to emerge and develop before we could burst into being, as we know it. It is to us to preserve it!

p.s. If you like to read more about Earth's history over billions of years, then I recommend "The Story of Earth: The first 4.5 Billion Years, from Stardust to Living Planet" by Robert M. Hazen.﻿

(1) Approximating the year to 365 days. The sidereal years has 365 days, 6 hours, 9 minutes and 9.54 seconds, or 31,558,149.54 seconds. (2) The contorted white bands in the Acasta gneiss consist of quartz and feldspar, two minerals common in granite. Their occurrence tells us the gneiss was metamorphosed from granitic rock contained in Earth's earliest continental crust. Most granite forms by melting of an older basaltic crust in the presence of water, rather than by direct melting of Earth's mantle. Thus, the Acasta gneiss provides indirect evidence of the presence of water on the early Earth, and for a basaltic crust that formed approximately 4.03 billion years ago. (3) Stromatolites are formed in tidal zones by colonies of cyanobacteria accumulating sand grains into layered structures.

Note: This text was published some years ago on this blog; it got re-edited for better reading. Thank you LL !
Pictures not credited to third parties are mine.
Posted by Ukko Elhob at 22:30