Humans are a kind of an 'engineering species'...

…[*] and 'People consist of abstract information, including the distinctive ideas, theories, intentions, feelings and other states of mind that characterize [them]" [1, p.130].

Humans have built an 'anthropogenic biosphere' [2,3] through engineering production systems, patterns of consumption of resources, and use of environments. Throughout their biological and cultural evolution, humans extended what they know to engineer with the purpose is to sustain human existence and reproduction. Embedded in this process, anthropogenic global change is a historical process [4,5] that relates features of the planetary bio-geosphere with matters of social, cultural and political nature, i.e. the 'noosphere' of people interactions. The views about 'what engineering works shall endeavor, how and why' are part of the noosphere framed by scientific-technological means. 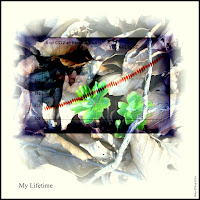 It is obvious that mankind is altering Earth with an accelerated pace [9,10]. So far, this “terra-engineering” or “applied geoscience” was collateral of the human activities; nowadays it is intentional. To describe underpinning concepts, four paradigms to engineer anthropogenic global change are presented here that emphasize in different manners how humans intersect the bio-geosphere. They are labelled "adjustment", "dovetailing", "decoupling" and "modulating" to distinguish conceptually four manners how production systems and consumption patterns could be organized.. Although conceptually disjunctive, their application is interwoven, e.g. tangled by the particularity to apply them on a planetary scale what needs both, sound professional ethics and robust ethical considerations about purposes.

Four Paradigms to Engineer at a Planetary Scale 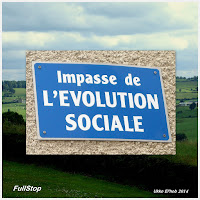 The second paradigm is labelled "dovetailing". People alter incrementally production/consumption patterns so that anthropogenic fluxes of matter and energy dovetail with the respective natural fluxes. The Montreal Protocol that is regulating the abatement of ozone depleting substances provides an illustration, i.e. a particular production/consumption pattern is modified by international agreement. The “dovetailing paradigm” applies political and economic practices, which were developed successfully to reduce a regional impact of pollution.

The third paradigm is labelled "decoupling". It is proposed, under the notion "eco-modernism", to segregate the human production/consumption patterns from the bio/geosphere. Evidently, to decouple human activities from the environment (bio/geosphere) reflects the common purpose of civil engineering; e.g. shore defences or setting up an economy with circular matter fluxes. Under the "decoupling" paradigm more of such kind of engineering is proposed. I.e. eco-modernists envisage intensively urbanized societies of a stable global population using nuclear power and closed fluxes of matter.

The fourth paradigm is labelled "modulating". It is proposed, under the notion geoengineering, to modulate processes in the bio-geosphere in such a manner that they counteract the side-effects of human activities. Its protagonists advocated another classical human view, namely that "nature" is to be adapted to fit to "culture"; i.e. to render the environment suitable for human appropriation. Evidently, engineering environments reflects what people did since prehistoric times, be it "slash and burn agriculture" or irrigation agriculture in demi-deserts e.g. Central Valley in California nowadays. Under this "modulating" paradigm more of such kind of engineering is proposed, to be undertaken with the intention to change processes a global scale; e.g. ocean fertilization to capture excess carbon dioxide.

The Camaraderie of Paradigms

Taking as metric the growth of the number of people, "terra-engineering" – applied geosciences - qualifies as a prosperous activity of the human species. However, the times have passed that anthropogenic global change could be perceived as an incidental collateral of humankind's activity. Instead, the intentional engineering of the anthropogenic bio-geosphere is the ongoing endeavour of humankind, which may apply different scenarios and their respective paradims. 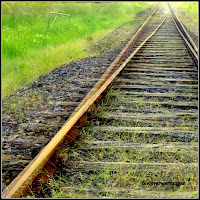 The "adjustment paradigm" advocated a conservative scenario, regarding preserving past investments (economic, social, cultural). In comparison, the current mainstream scenario is much about an incremental modification of the present societal development paths for production systems and consumption patterns; thus applying more a "dovetailing paradigm". That possibly is a pragmatic choice, because of the insight that costs of adjustment are high. Consequently, some depreciation of past investments is accepted and a 'local end-of-the-pipe adjustment engineering approach' is replaced incrementally by a 'global start-of-the-pipe dovetailing engineering approach'.

The alternative paradigms "decoupling" (eco-modernism) and "modulating" (geo-engineering) stand for engineering approaches that currently are advocated by some. Both paradigms have in common that the traditional development paths of industrialized societies are emphasized. However, the choice what to emphasis is different, namely 'engineering noosphere through eco-modernism' or 'engineering bio-geosphere through geoengineering'. Thus, the paradigms differ in the aspect which part of Earth systems should be altered.

Whatever paradigm will be retained to frame the decisions to engineer anthropogenic global change, it will depend much more on people's preferences and world-views and than on scientific-technical know-how. Therefore, protagonists argue why choices represent sound science and engineering, are economically feasible, and are ethically (philosophically) "right"; e.g. the "Eomodernist Manifesto" [11] or the "Oxford Principles" [12] in support of geoengineering. Thus much of the argument is on the level of paradigms. The public policies that are regulating production systems and consumption patterns apply a mix of "adjustment" and "dovetailing" paradigms depending on the opportunity to preserve past investments or the expected cost-effectiveness. 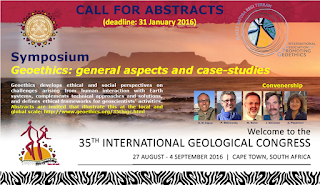 Applying any of these these paradigms involves particular ethical issues, such as to assess whether the scientific-technical approaches are professionally "sound". However these issues seem minor and confined when compared to the overarching social-cultural and political-historical issues. This second set of issues is loaded with major ethical concerns, e.g. responsibility for past emissions, distribution of poverty and wealth, access to resources, or opportunity for sustainable development. Notwithstanding that these ethical issues are of universal nature, nevertheless, the complexity to address them for handling anthropogenic global change has little precedence. In that context a conceptual frame of paradigms to orientate terra-engineering choices , i.e. applied geosciences may be helpful.